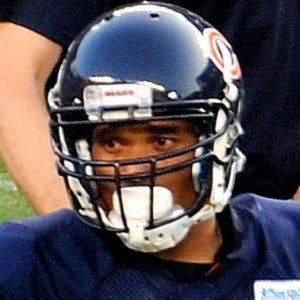 Wide receiver and special teamer best known for his two separate stints as a member of the Atlanta Falcons. He was selected to the NFL Pro Bowl as a return specialist in 2011 and 2012 and was voted a First-Team All-Pro in 2011.

He lettered in football and basketball at Seabreeze High School in Daytona Beach, Florida. He later set numerous school records as a wide receiver at Bethune-Cookman University.

He set an NFL playoff record by returning a kick 108 yards against the Green Bay Packers in January 2011.

He has played alongside fellow wide receiver and return specialist Devin Hester in Atlanta.

Eric Weems Is A Member Of