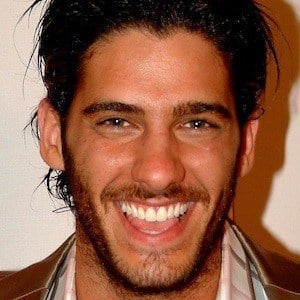 Best known for his work throughout the television industry in Mexico and the US. He has appeared on various Telemundo, Televisa, and Univision series.

He began his career in the entertainment industry following his high school graduation in Mexico City. He toured South and Central America as the lead singer of the pop group Tierra Cero during this time.

In 2015, he was nominated for the Premios TVyNovelas Award for Best Male Actor for his role on the telenovela El Color de la Pasión.

In 2008, he married his wife, Karla. They have since had two daughters, Penelope and Olivia.

He starred on the telenovela Niña de mi Corazón alongside Paulina Goto.