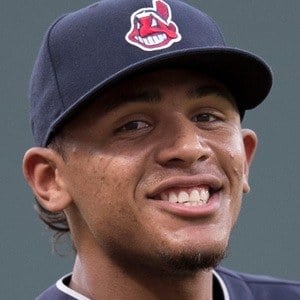 Utility player for the Cleveland Indians who got his first shot at playing in The Show in 2016 after growing the Indians farm system.

He was originally signed by the Indians as a free agent in 2008.

His career led him to play with minor league teams such as the Mahoning Valley Scrappers, Lake County Captains and Carolina Mudcats.

He was joined on the Indians roster by Edwin Encarnación.

Erik Gonzalez Is A Member Of