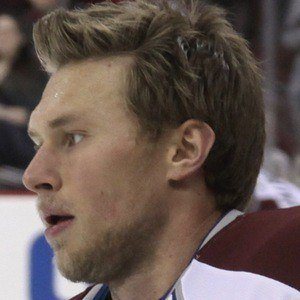 Defenseman who was the first overall selection in the 2006 NHL draft by the St. Louis Blues, debuting for the team the following season.

He played college hockey at the University of Minnesota.

He won silver with the US national team at the 2010 games in Vancouver.

He was born to Bruce and Peggy Johnson.

Sidney Crosby was the first overall pick in the draft a year before Johnson.

Erik Johnson Is A Member Of