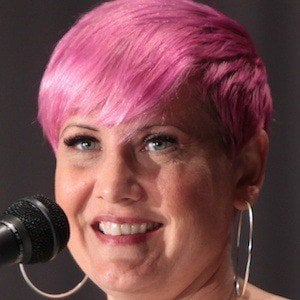 Canadian voice actress best known for her 10 years of work on the Cartoon Network series Ed, Edd & Eddy, on which she voiced Nazz and May Kanker. She has also lent her talents to award-winning video games like The Last of Us.

She was born in Victoria, British Columbia and earned a BFA in Acting Specialization from the University of Victoria.

Though she is most famous as a voice actress, she mas made appearances in live-action fare such as The X-Files and Josie and the Pussycats.

She is renowned for her work on Ed, Edd & Eddy, co-produced by Danny Antonucci.