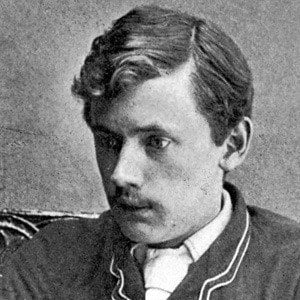 English Decadent poet, author, and translator known for such famous lines as "days of wine and roses." His published works include Dilemmas, Stories and Studies in Sentiment; The Pierrot of the Minute; Cyanara: A Book of Little Verse, and A Comedy of Masks.

His four-year-old sister attempted to drown him when he was two years old.

His poetry contained many quotable lines that were adopted as titles and/or alluded to in works by composer Cole Porter and playwright Eugene O'Neill, among others.

He fell in love with Adelaide Foltinowicz when he was twenty-three and she was only eleven. She rejected his advances.

The title of Margaret Mitchell's famous novel Gone with the Wind was taken from the third stanza of an 1894 poem by Dowson.

Ernest Dowson Is A Member Of