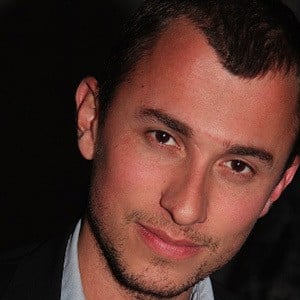 Colombian-American fashion designer. He grew up in Miami in 90's, and the Latin culture revolution that he witnessed in that time influenced his designs. In 2002, he showed at New York Fashion Week, making him the youngest designer to do so. His collections are stocked in over 50 stores worldwide.

When he was 13, he showed his designs to Todd Oldham, who become his mentor. He graduated from Miami's Design and Architecture Senior High School in 2004 where he studied fashion design.

His early sketches were noticed by Kal Ruttenstein - the late Bloomingdales designer - in 1999. Kal went on to stock his first collection.

He is friends with Ece Sukan and on July 1, 2018, he posted a photo of her with the caption "Dimanche at home with my darling."

Esteban Cortázar Is A Member Of