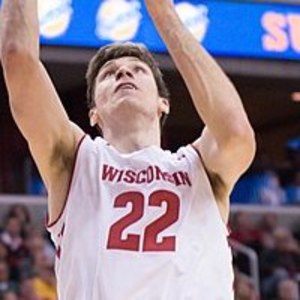 He was a consensus three-star recruit coming out of high school in Illinois.

He redshirted his freshman year when the Badgers lost in the NCAA championship to the Duke Blue Devils.

He and his brother Eric, a basketball player at Carl Sandburg College, were born to parents Randy and Teresa Happ. His father played ball at North Central College. He is the first cousin of MLB pitcher J.A. Happ.

He was a teammate of Bronson Koenig on Wisconsin.

Ethan Happ Is A Member Of