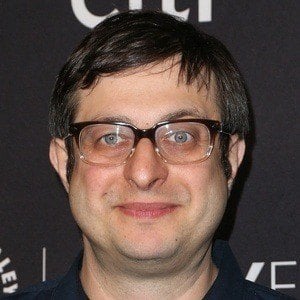 Russian-born comedian and writer who played the role of Yvgeny Mirminsky on the American television series Delocated. He has also provided the voice for the character Gene Belcher in the animation Bob's Burgers.

He graduated with a Bachelor of Arts in comedy from Hampshire College in Western Massachusetts.

He released a self help book called The Will to Whatevs in January 2009.

He was born to Jewish parents in Russia, and they emigrated to the United States when he was four years old.

He was once the opening act for singer Andrew Bird on his concert tour.

Eugene Mirman Is A Member Of