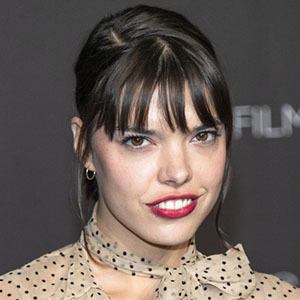 Actress and director who has appeared in Czech television fare like Cetníci z Luhacovic and in films like The Worst in Each Other (2015). She has written and directed a number of acclaimed shorts, including Sound of Sun (2016) and Les Inconnus (2018).

She moved from the Czech Republic to London to study at the Royal Academy of Dramatic Art at age 18.

She is a motivational speaker who has frequently been asked to speak at public events.

She directed the videos for the Suki Waterhouse songs "Good Looking" and "Freak In My Head."

Eva Dolezalova Is A Member Of