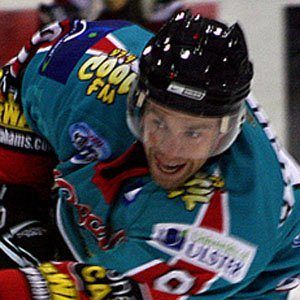 Forward who joined Lillehammer IK in Norway's Get-Ligaen in 2010.

He played college hockey at Miami University in Ohio.

He first played professionally in 2002 for the ECHL's Cincinnati Cyclones.

He grew up with his family in Charlottetown, Prince Edward Island, Canada.

Evan Cheverie Is A Member Of