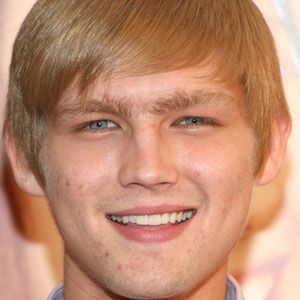 Supporting television actor who became known for his 2009 role as Jesse Fitzgerald on My Sister's Keeper. He has also appeared on General Hospital, MADtv, Bones, and State of Mind.

He earned his first acting role at age 13 on the 2001 film The Gristle.

He had recurring television roles on 24, CSI: Miami, and Complete Savages.

He is one of four sons in his family. His daughter, Brooklynn, was born in 2008.

He played Kiefer Sutherland's on-screen son on the Fox drama 24.

Evan Ellingson Is A Member Of