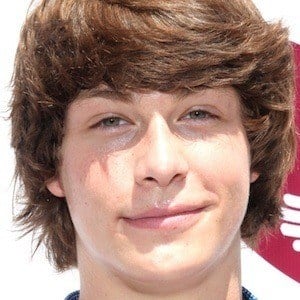 Actor most famous for his recurring role as Randy on the Disney XD series Kickin' It. He has also landed small roles on shows like Modern Family and Haunted Hathaways.

He made his television debut in the movie Everyday Kid, directed by Fred Savage, in 2010.

He has a younger brother and an older sister.

Evan Hofer Is A Member Of