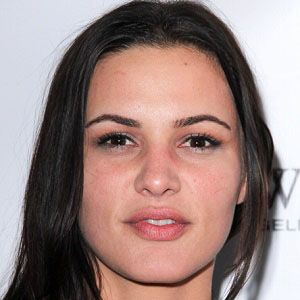 Notable for her performances in films such as Bullet (as Samantha), SAGA: Curse of the Shadow (as Tarsa), and The Vortex (as Tracy Cavanaugh), she is also recognized for her work as a fashion model, as well as for her guest spots on the television shows CSI: Miami and It's Always Sunny in Philadelphia.

She made her screen acting debut in a 2006 episode of Ugly Betty.

She was cast opposite Danny Trejo in the 2015 film Cyborg X.

Born of maternal Russian and paternal Sicilian descent, she grew up with five older siblings and spent her earliest days in Atlanta, Georgia, and the remainder of her youth in Orlando, Florida.

In 2015, she and Michael Copon took on the respective roles of Lauren and Nicholai in the science fiction series Dystopia.

Eve Mauro Is A Member Of