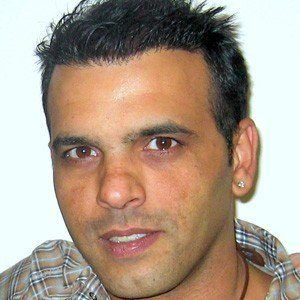 Israeli pop artist who is considered one of the most successful singers of the Mizrahi genre in the country's history.

He had a professional soccer career that spanned eighteen years.

He was honored as the Israeli Performer of the Year in 1997.

He divorced former Miss Israel Ilanit Levi in 2008; the couple had two children, Liam and Alin. Following his divorce, he began dating Ruslana Rodina, and in 2014 they welcomed a son. They broke up three years later.

Eyal Golan Is A Member Of