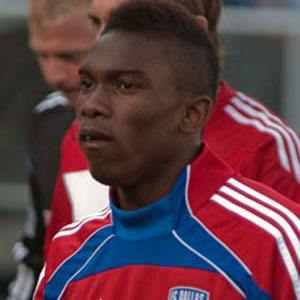 Colombian forward who broke into the MLS with FC Dallas in 2011. He scored his first MLS goal on May 1, 2011 against the LA Galaxy.

He began his professional career with Colombian team Deportivo Cali in 2010.

He was born to Fabio Castillo and Laura Sanchez.

Fabian Castillo Is A Member Of