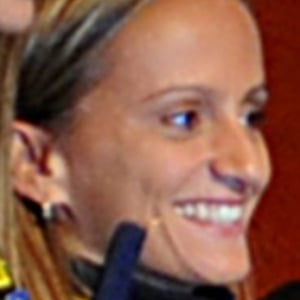 Professional volleyball player who is known for winning the gold medal at the 2008 and 2012 Summer Olympics for Brazil. She is also known for being a social media star and shares photos both of her volleyball playing and other traveling content with her over 230,000 Instagram followers.

She first began playing volleyball at the age of 13. She then began playing for Brazil's national volleyball team in 2002. She went on to compete in her first Olympic games in 2008 in Beijing.

She has won several individual awards for her playing including the 2016 FIVB Club World Championship for Best Libero as well as the 2009 South American Championship for Most Valuable Player.

She was born and raised in Rio de Janeiro, Brazil.

She plays alongside Tandara Caixeta, Marianne Steinbrecher, and Dani Lins on the Brazil national team.

Fabiana de Oliveira Is A Member Of