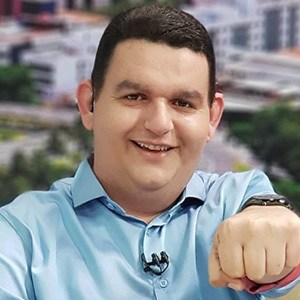 Radio and television personality who became a host on Brazil's Arapuan FM and Tribuna Livre. He has earned a sizable fan base across all of social media with more than 500,000 followers on Instagram alone.

He was affiliated with the media website Blog do Gordinho.

He has been known as The Voice of Paraíba.

He has a son named Enzo with Rahyara Maia.

He rose to fame as a well-respected host throughout Brazil like Eduardo Surita and Mauricio Borges.

Fabiano Gomes Is A Member Of