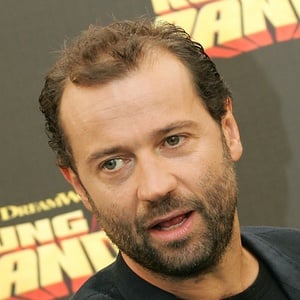 Actor and writer who has become widely known for his roles in films like La febbre, One Out of Two, and Black and White. He has also provided Italian voice acting for the Kung Fu Panda films.

He began his career working at the Italian radio station Radio Capital. Then, in 1998, he began his television career anchoring several shows on Le Iene.

A writer as well as a performer, he has written over half a dozen novels and penned several screenplays, including 2006's One Out of Two.

His mother's name is Fiore Bonetti. He began dating Johanna Hauksdottir in 2011 and the pair had a son named Sebastian in 2013.

In the 2006 film One Out of Two, he appeared alongside Anita Caprioli.

Fabio Volo Is A Member Of