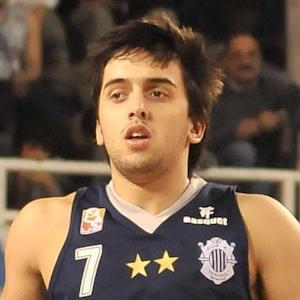 Argentine point guard who is famous for his career in the Spanish Liga ACB and EuroLeague. He helped lead Real Madrid to the 2014-2015 EuroLeague championship and Liga ACB, which made them Triple Crown champions in Europe.

He began his basketball career in 2008 by signing with Peñarol Mar del Plata. He was named the Argentine Newcomer of the Year following his rookie year.

He has led the Argentine national basketball team to a silver medal at the 2017 FIBA AmeriCup championship. He was named to the All-Tournament Team at point guard.

He was originally born and raised in Cordoba, Argentina.

He and Darrun Hilliard were both named to the FIBA AmeriCup all-tournament team in 2017.

Facu Campazzo Is A Member Of