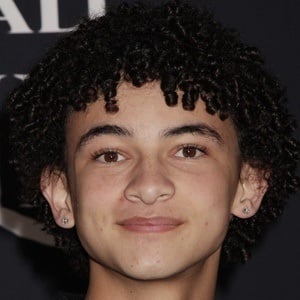 Television actor who is known for his work on the Nickelodeon series Nicky, Ricky, Dicky & Dawn. He also portrayed Miles on Raven's Home and made numerous appearances on the Fox sitcom The Mick.

He made his professional acting debut in the 2016 short film Delete that Post.

In 2018, he appeared as Riley in the horror film Nightmare Cinema.

He was cast on Nicky, Ricky, Dicky & Dawn which starred Lizzy Greene.

Faly Rakotohavana Is A Member Of