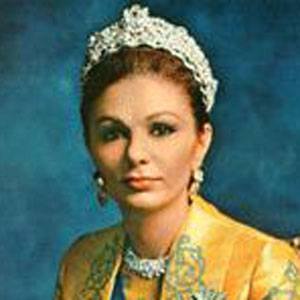 Queen Consort of Iran from 1959 until 1967 and Empress Consort from 1967 until she was exiled in 1979. She was the only Empress to be named in post-Islamic Iran.

She met the Shah of Iran, Mohammed Reza Pahlavi, in 1959. They were married in December of that year.

She championed 24 educational, health and cultural organizations, and her humanitarian outreach made her popular among her constituency.

Egyptian president Anwar Sadat offered her and her husband asylum in Egypt after the Iranian Revolution.

Farah Pahlavi Is A Member Of