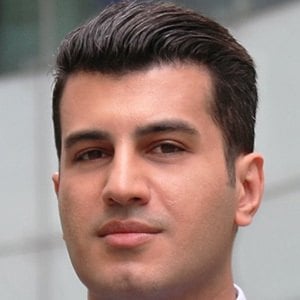 British-Iranian journalist who rose to prominence while employed by the BBC World Service and BBC Persian TV. He has covered major international stories such as Iran's Nuclear Program, Arab Spring and the 2016 Brussels bombings.

He's wildly popular on social media with more than 420,000 followers on Instagram alone.

He was born in Bandar-e Anzali, Iran but later moved to London, England.

Masih Alinejad is another well-known journalist with Iranian ancestry.

Fardad Farahzad Is A Member Of