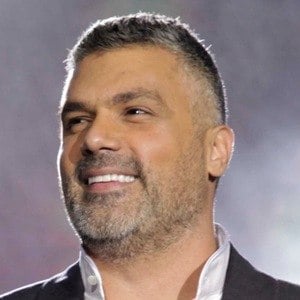 He appeared on the show Studio El Fan in 1996, ultimately winning and later releasing his debut album in 1998.

He's won more than half-a-dozen awards for his music.

He was raised by a teacher and farmer and has a sister named Madonna.

He and Myriam Fares both rose to prominence by winning Studio El Fan.

Fares Karam Is A Member Of