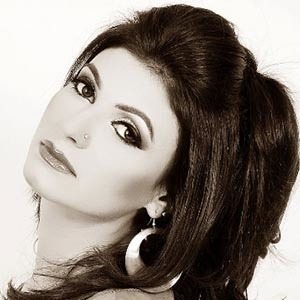 Singer who found instant stardom with the hit single "Patang Baaz" in 2005. She is also known to many for having hosted the children's music television program Aangan Aangan Taray.

She was raised in Lahore, Pakistan and trained in classical music with Master Feroze Gill.

She won the Pakistan Media Awards for Best Female Singer of the Year in 2011.

She performed on Hum TV's tribute to the late Jagjit Singh.

Fariha Pervez Is A Member Of