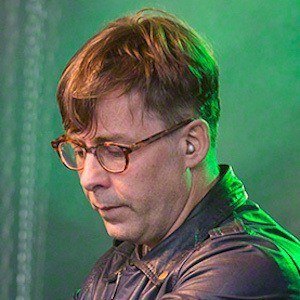 English DJ and producer who is best known for making up one half of the electronic music duo Basement Jaxx.

With a passion for music early on, he met his future partner through a mutual friend at a pub in London where they bonded over a shared interest in New York house music. They then began releasing music shortly after in 1994.

He has won several awards including the Brit Award for Best British Dance Act in both 2002 and 2004.

He was born and raised in Brixton, London, UK.

He has remixed a variety of popular music from other artists including Pharrell Williams, Justin Timberlake, and Missy Elliott.

Felix Buxton Is A Member Of