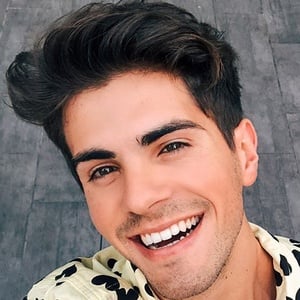 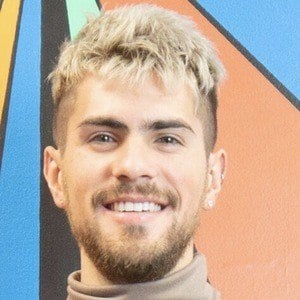 Singer best known as one half of the Uruguay-born musical duo Rombai with Cami Rajchman. The pair first rose to prominence in 2014 after their debut single "Locuras Contigo" went viral on YouTube, earning more than 1 million views in less than a month.

Rombai began as a wild idea of forming a band while having dinner with partner Cami Rajchman in December of 2014.

One of Rombai's most popular YouTube videos is "Segundas Intenciones (Lyric Oficial)" which earned more than 20 million views in less than three months.

A native of Montevideo, he has often posted photos of his family members on his Instagram account. He had a relationship with Rombai's lead singer Emilia Mernes.

He met Argentine actress Calu Rivero at the Smile Festival in January 2016.

Fer Vázquez Is A Member Of