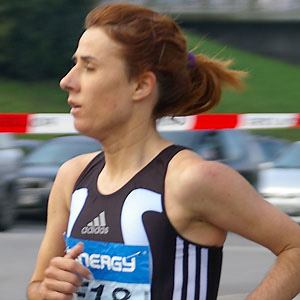 Long-distance runner who won a gold medal at the 1996 Summer Olympics, and held Portugal's record for Olympic medals.

She competed in Sydney at the 2000 Olympics, where she won a bronze medal.

She was born in the city of Penafiel.

Fernanda Ribeiro Is A Member Of