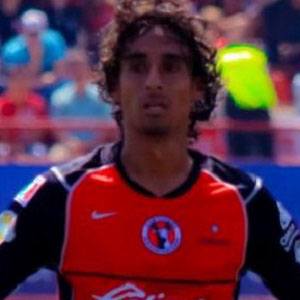 Mexican soccer player known as a midfielder for Liga MX clubs like Monarcas Morelia, Tijuana and Guadalajara. He has competed internationally for Mexico at competitions like the Copa America and CONCACAF Gold Cup.

He began his senior career with Irapuato FC in Ascenso MX in 2000.

He was substituted by his own son in a match against Club America in December 2013.

He played with defender Rafael Marquez on the Mexican squad at the 2007 Copa America.

Fernando Arce Is A Member Of