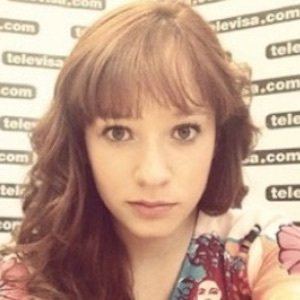 Television actress and singer who stars in Cartoon Network Latin America's teen series La CQ. She also hosts a successful YouTube channel where she vlogs from behind the scenes of the show, interviews, and more.

Her first part on television was as a host for the show Qriosos Juntos with Benny Emmanuel.

She is considered one of Mexico's best-dressed teen stars and was nominated for the Fashionista award at the Mexican Kid's Choice Awards. In 2018, she competed in the physical endurance reality show Reto 4 Elementos.

She has a brother who insists on being called Carrot, which is incidentally their second family name. She began dating Andres Flores in 2017. They have a dog named Frisbee.

She is on La CQ along with Ale Muller and Mafer Urdapilleta.

Ferny Graciano Is A Member Of