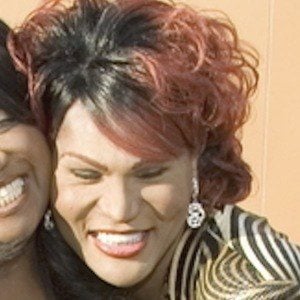 American comedian who is best known for performing her outlandish brand of comedy throughout venues across America. She has appeared on several morning shows, most notably appearing on The Breakfast Club.

She began performing comedy in the early 2000s.

She has amassed over 90,000 followers to her popular Instagram feed. She is well known for her oversized eyeglasses.

Flame Monroe Is A Member Of