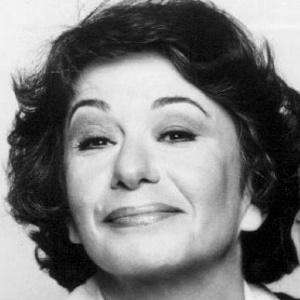 Played Edna in the film Trapped in Paradise. Her other credits include My Two Dads and Barney Miller.

She appeared in a Shakespeare production of Electra in 1964.

She appeared in the Broadway musical Fiddler on the Roof as Yente.

She had two children with Martin Newman, whom she married in 1951.

She played Mrs. Gould in The Fortune alongside Jack Nicholson.

Florence Stanley Is A Member Of

A Goofy Movie
My Two Dads
Born In 1924
TV Actresses