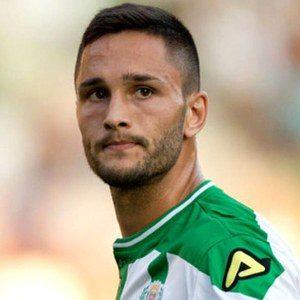 Professional footballer known for playing for both the Spanish team Deportivo La Coruña and the Romanian national team.

After training with the youth team CSȘ Botoșani, he began his youth career with Vinaròs in 2005. He would make his senior debut with Castellón in 2011.

Born in Botosani, Romania, he was raised in Spain by parents Mihai and Adriana Andone. His father passed away in a car accident when he was only twelve years old.

As a member of the Romanian national football team, he has played alongside Bogdan Stancu.

Florin Andone Is A Member Of