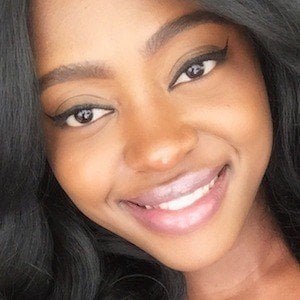 Content creator on YouTube who publishes gameplay from The Sims. She has created series from within The Sims universe called Teen Pregnancy, Siblings in the City, Keeping Up with the Andersons and more.

She became a fan of The Sims franchise when it was first introduced. She created her YouTube channel in June of 2016.

She was born in Cameroon and raised in Belgium before settling in the United States. Her boyfriend appeared in her video titled "MY BOYFRIEND CREATES ME IN THE SIMS 4!" on her Elvira Plays YouTube channel.

She and Xureila both publish gameplay from The Sims to their respective YouTube channels.

ForeignSimmer Is A Member Of