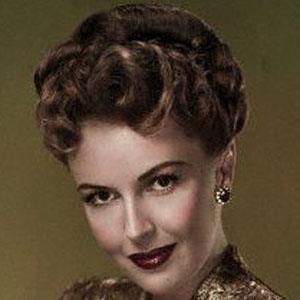 American actress who played Nyoka in the 15-chapter movie serial Jungle Girl. She had her first leading role opposite her husband at that time, James Dunn, in the low budget picture Mercy Plane.

She started her acting career in 1937 with several minor and sometimes uncredited roles in films such as Stage Door and Mr. Smith Goes to Washington.

She had leading roles in two 1945 films, Oir Vines Have Tender Grapes and She Went to the Races.

She was married to James Dunn from 1938 to 1942 when they divorced due to his alcoholism and declining career.

She had a starring role in the 1947 picture The Arnelo Affair, which also starred leading man John Hodiak.

Frances Gifford Is A Member Of