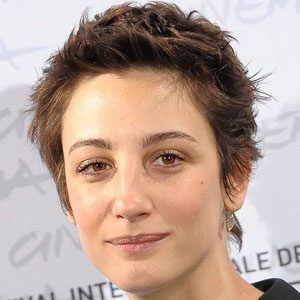 Perhaps most well known for her Grolla d'Oro-winning and Nastro d'Argento-nominated performance as Amanda in the 2004 Davide Ferrario film After Midnight, this Italian screen actress is also notable for her portrayal of Maya Marini in the television series Tutti Pazzi per Amore (2008-12).

Before launching her career, she studied under director Giorgio Strehler at Milan's Piccolo Teatro.

She was nominated for a second Nastro d'Argento for her performance in the 2007 feature film Napoleon and Me.

She spent her youth in Siena, Tuscany, Italy. She was briefly married to fellow Italian actor Andrea Gattinoni.

She and model-turned-actress Marisa Berenson were both in the cast of the 2010 film Weddings and Other Disasters.

Francesca Inaudi Is A Member Of