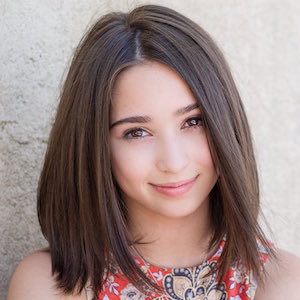 Young actress who has appeared on episodes of Saturday Night Live in which Edward Norton and Sofia Vergara have hosted. She also portrayed the role of Zoey in the short film Red Tulips: A Story About Forgetting.

She appeared in commercials for Kit Kat, McDonald's, and Pillsbury.

She was featured on an episode of Runway Moms in 2007.

Her mother has worked as a photographer.

She played a young version of Giuliana Rancic on E! News in 2013.

Francesca Luongo Is A Member Of