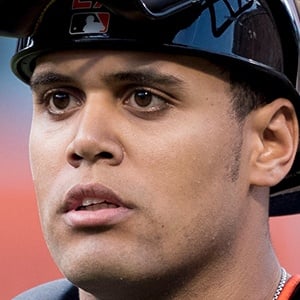 Dominican Major League Baseball catcher who was traded to the San Francisco Giants from the St. Louis Cardinals in 2019. He has also played for the Baltimore Orioles and the Kansas City Royals.

He participated in the 2001 Little League World Series as a member of the Bronx, New York team.

He won the 2013 World Baseball Classic with the Dominican Republic national baseball team.

His father is former Major League Baseball player Tony Pena and his mother's name is Amaris.

He was a teammate of Matt Carpenter during his time with the Cardinals.

Francisco Peña Is A Member Of