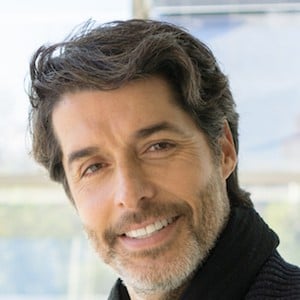 Chilean actor known for his appearances in feature films and in television. He is best known for his role in Alguien Te Mira where he played the recurring role of Benjamin Morande and for starring in the film Sexo con Amor.

He studied at Colegio Verbo Divino and later studied acting at Escuela Fernando Gonzalez. He went on to make his acting debut in television in 1996 when he starred as Vicente Yavar in the telenovela Loca Piel.

In addition to acting, he is also a television host who is known for hosting the program Improvisa o Muere on the TVN network in 2010.

He chose to combine surnames with Perez from his fathers side and Bannen from his mother's side.

He starred alongside Alvaro Rudolphy and Sigrid Alegría in the 2008 TVN television series Alguien te Mira.

Francisco Pérez-Bannen Is A Member Of