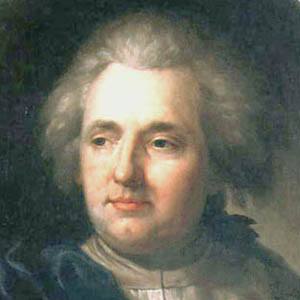 Polish-Lithuanian draughtsman and painter who influenced the development of modern Lithuanian art. He was considered to be one of the spiritual fathers of Jan Matejko's school of painting.

He studied fine arts in Rome under the tutelage of Anton von Maron.

He was known for his historical paintings, which became quite popular in Poland during his lifetime.

He was the brother of Antoni Smuglewicz. His father Lukasz was also a painter who achieved some recognition during his lifetime.

He and Roman Opalka were fellow Polish painters.

Franciszek Smuglewicz Is A Member Of