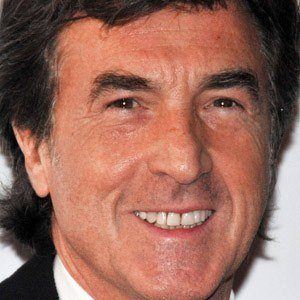 French Actor who achieved success for his performance in The Untouchables. His role in Tell No One earned him a Cesar Award.

He appeared in the film Cocktail Molotov.

He was in the French thriller, Tell No One.

He had three children, and was previously married to actress .

Some have said that his physical features resemble those of Dustin Hoffman.

Francois Cluzet Is A Member Of