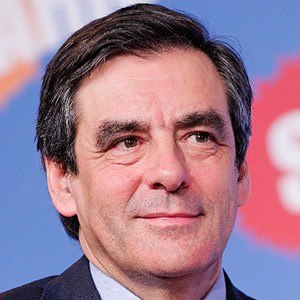 French politician who rose through the ranks to become the Prime Minister of France from 2007-12. Previously, he worked as his country's Minister of Labour, Minister of National Education and Senator for Sarthe.

He received master's degrees in public law from both the University of Maine and Paris Descartes University.

He ran for President of France in 2017 as a member of The Republicans but lost to Emmanuel Macron.

His mother Anne is a historian and his father Michel is a civil law notary. He married his wife Penelope, also a politician, in 1980. They have a daughter named Marie and four sons named Arnaud, Édouard, Antoine and Charles.

He served in the cabinet of former French President Nicolas Sarkozy.

Francois Fillon Is A Member Of