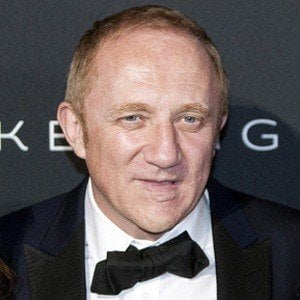 French business executive who is widely recognized for acting as chairman and CEO of the luxury goods holding company Kering. He is also known for being chairman of the board of directors of Groupe Artémis.

He graduated from the HEC School of Management in 1985.

In 2015 he was the recipient of the Anti-Defamation League's International Leadership Award.

He married actress Salma Hayek in February 2009. The couple welcomed their first daughter Valentina Paloma in 2007.

He named Hedi Slimane to become the head of creation at Yves Saint-Laurent in 2012.

Francois-Henri Pinault Is A Member Of