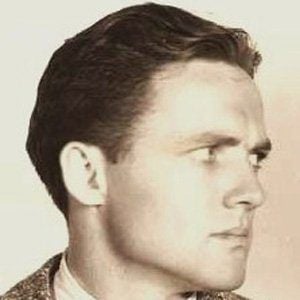 He played Sam Wainwright in It's A Wonderful Life and appeared in Psycho as Tom Cassidy. As a stage actor, he played Sam in the 1963 musical, Bye Bye Birdie.

He entered the movie industry in 1922, working as a prop boy, which sparked his interest in acting.

He focused on television roles for the second half of his career, appearing in Tales of Wells Fargo, Bachelor Father, and Perry Mason.

He grew up in Fergus Falls, Minnesota.

In his last year before retiring, he guest-starred on an episode of The Andy Griffith Show as Colonel Watson.

Frank Albertson Is A Member Of

Psycho
It's A Wonderful Life
Born In 1909
Movie Actors