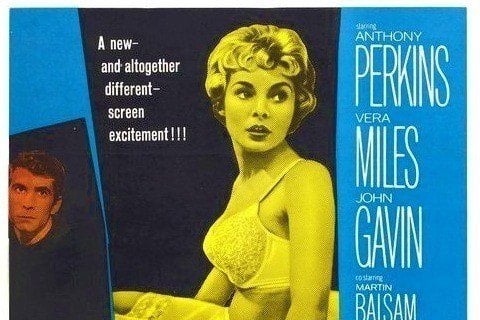 Often ranked as a top movie of all time, Alfred Hitchcock's masterpiece is viewed as one of the earliest examples of the slasher film genre. In the film, a secretary embezzles funds and goes on the run only to check into a remote hotel run by a disturbed owner-manager.

Janet Leigh won a Golden Globe for Best Supporting Actress and the film earned 4 Academy Award nominations, including ones for Leigh in the same category and Best Director for Hitchcock.