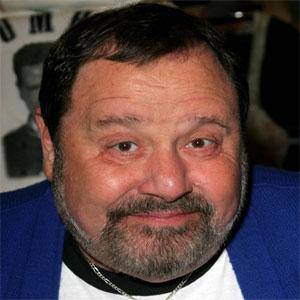 He had his first uncredited acting role in the 1950 film, Cargo to Capetown.

He acted in the TV movies, Life with Archie and High School U.S.A.

He was married to his third wife, Rebecca Fink, from 1982 until his death.

He was a regular panelist on the Match Game opposite host Gene Rayburn in 1983.

Frank Bank Is A Member Of