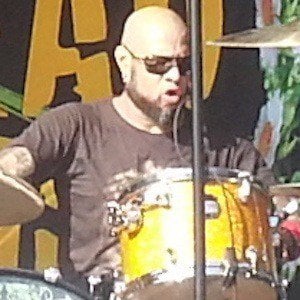 Replacement drummer for Bryan Mantia in Guns N' Roses who was also a member of The Psychedelic Furs.

He was inspired to play rock music after seeing a KISS show when he was eleven years old. His first band was Love Spit Love.

He was raised in New York by Cuban parents.

He has a daughter who joined the indie pop band called Supercute!

He played in Guns N' Roses with Axl Rose.

Frank Ferrer Is A Member Of