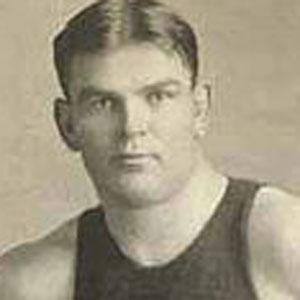 One of professional wrestling's biggest stars of the early years of the 20th century.

He acquired his legendary strength from a childhood of farm labor, and used it to quickly make a name for himself on the wrestling circuit.

In one of the biggest sporting events of the year he wrestled and defeated the world champion 'Russian Lion' George Hackenschmidt in front of a crowd of 40,000.

He was born in Humboldt, in north central Iowa, one of nine children of German immigrants Frederick Rudolph and Amelia Gotch.

At the height of his fame he got to rub shoulders with the great celebrities of the day, like his own childhood hero, the bare-knuckle fighter John Sullivan.

Frank Gotch Is A Member Of