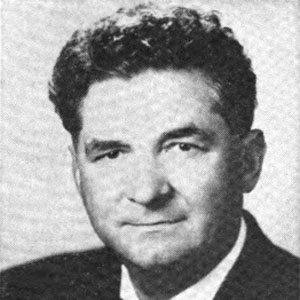 Governor of Ohio during the early 1950s who helped the state's welfare and infrastructure programs, becoming a national figure. He was a US Senator from 1957 to 1969.

After law school he worked as a Judge in Cleveland, and then elected mayor of the city; his gubernatorial election margin was the record largest in Ohio's history.

Expanding Ohio's welfare program, and building its infrastructure and civil defense programs earned him the respect of President Roosevelt, who invited him to participate on a national committee on racial discrimination.

He was born in Cleveland, Ohio, the descendant of Slovenian parents.

Marcy Kaptur, the House member for one of Ohio's districts, also worked for decades to improve the state.

Frank Lausche Is A Member Of