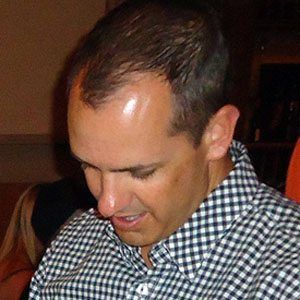 NBA head coach who led the Indiana Pacers to the Eastern Conference Finals in 2013 and 2014. He was named head coach of the Orlando Magic in 2016 up until 2019 when he agreed to be head coach of the Los Angeles Lakers. In 2020, he won his first NBA championship with the Lakers.

He played division two basketball at Juniata University from 1991 to 1994.

He served as an assistant coach to the Celtics and 76ers before becoming the Indiana Pacers head coach in 2011.

He married Jenifer L. Sia in 2002. They have daughters named Arianna and Alexa together.

He began coaching Paul George on the Pacers in 2011.

Frank Vogel Is A Member Of